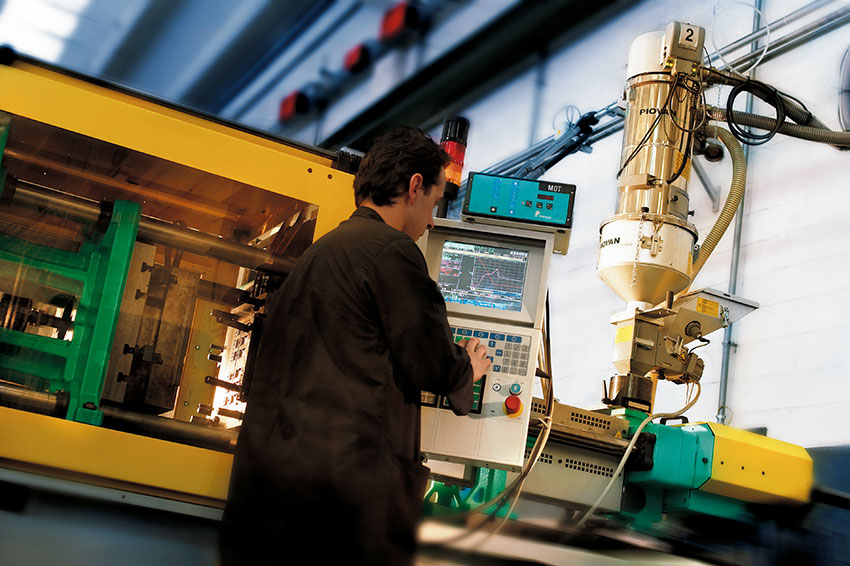 TENSILE STRENGTH
All thermoplastic components have a resistance level beyond which, if stressed further, a breaking occurs. Knowing the breaking point, and consequently the resistance, of a thermoplastic component â€“ be it a buckle, a carabiner, a half-ring or other â€“ is therefore of fundamental importance. In particular for buckles, the test that is performed regularly is the measure of the tensile strength.

To measure tensile strength of a buckle, the sample to be tested must be fitted on the webbing and blocked into a machinery, called dynamometer, that pulls with constant speed one part of the sample. To keep the elongation speed constant, the dynamometer increases the amount of force used and consequently the stress on the specimen, till it breaks.

Tensile strength of a buckle is hence the stress needed to break the specimen, the unit of measurement is the kilogram or the Newton.

Also important are the conditions in which the test is performed, in fact it must be executed at a constant temperature of about 23Â°C (73,4Â°F) and the dynamometer must pull at a constant speed, which may vary depending on the requests, but which is normally about 100 mm/min.

TENSILE MODULUS
To measure a materialâ€™s modulus you need to verify its resistance to deformation. To calculate this value the same machinery used for tensile strength is used, but in this case we donâ€™t measure solicitation, but the effort applied on the sample.

The aim is to measure the maximum elongation that a material can suffer without shape alteration, after being released. Increasing slowly the effort, we can calculate the elongation to every strength increase and all the data obtained are collected into a graph, called stress-strain curve, that shows stress in relation to elongation.

The height of the curve at the point where the specimen breaks is the so-called tensile strength, while his slope is the tensile modulus. If the slope is steep, the sample will have a high modulus and it will resist well to deformation, if the slope is low, it will deform easily.

The modulus unit of measurement is N/cm2.

TOUGHNESS
Toughness is the amount of energy that a sample can absorb before breaking. It can be measured by calculating the area below the stress-strain curve.

Considering that the triangle basis is the deformation of the material, and the height is the stress imposed by the machinery, toughness will be proportional to their multiplication.

Toughness measures the energy that can be absorbed by a material, because in physic terms, the multiplication of a force by a distance creates energy.

Thereâ€™s a small difference between strength and toughness, the first one is the force needed to break a sample, while the second one is energy needed to crash it. So a material can be resistant even if itâ€™s not tough.

Observing the graph below itâ€™s possible to understand that a material, for example, could be resistant but not tough (blue curve), this means that it needs a lot of force to break, but not energy; a product with this characteristics is called fragile and even if itâ€™s strong it doesnâ€™t deform a lot before breaking.

Elongation allows the samples to loose energy and to stretch as much as possible before breaking; for these reasons in the choice of a material to use, is usually sacrificed strength in favor of toughness.

FLEXURAL MODULUS NOTCHED/UNNOTCHED CHARPY IMPACT RESISTANCE
Flexural modulus measures the quantity of energy that a material can absorb before breaking; the impact test gives information about the ability of a material to absorb a sudden load without breaking.

This test can be done on a notched material or not, through the use of the Charpyâ€™s pendulum, called like that for his inventor Mr Augustin Georges Albert Charpy.

It is a tool consisting of a rod with a hinge secured to the base on one side, while the other side comes with a bat. The bat has an aerodynamic shape and is provided with a standard profiled blade.

Charpyâ€™s pendulum is useful to draw a lot of information on the thermoplastic material, including the preferred form to be produced in order to absorb shock and measuring the right temperature to prevent a fracture.


We use cookies to ensure that we give you the best experience on our website. If you continue to use this site we will assume that you are happy with it.OkPrivacy policy